Remove visible signs of aging with Thermo-Lo treatments and be amazed with your new, clear skin!

Thermo-Lo is a treatment similar to electrolysis, but can treat numerous conditions including broken capillaries (spider veins) on the face, actinic keratosis, sebaceous hyperplasia, xanthalasma (cholesterol deposits) and skin tags. It is the machine used for electro-cauterization and is referred to as EC.
It is a non invasive procedure which uses a tiny probe on the surface of the skin to dehydrate and remove skin conditions using a minor current. We have two sizes of probes at Caddell's Laser Clinic. 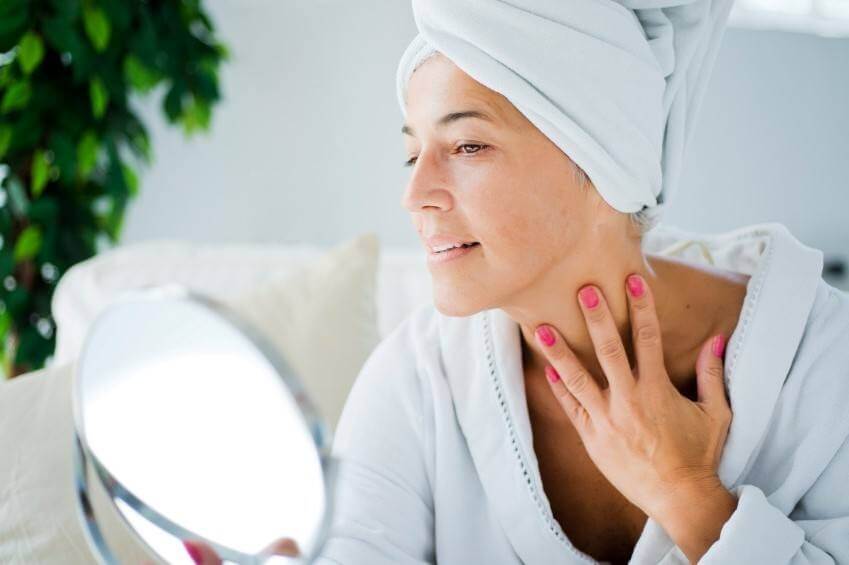 Spider Veins (also known as telangiectasia and Broken Capillaries) are a group of widened veins that can be seen through the surface of the skin. Their wheel-and- spoke shape tends to resemble a spider.
The development of spider veins may occur at any age but usually occurs between 18 and 35 years, and peaks between 50 and 60 years. Females are affected approximately four to one to males, often in relation to pregnancy. Also, those who are involved with prolonged sitting or standing in their daily activities have an increased risk of developing spider veins.

Skin Tags (also known as acrochordon or fibroepithelial polyps) are small benign tumors that form primarily in areas where the skin forms creases, such as the neck, armpit, and groin. They may also occur on the face, usually on the eyelids. Skin tags are harmless and typically painless, and do not grow or change over time. The surface of an skin tags may be smooth or irregular in appearance, and they may become irritated by shaving, clothing or jewelry.

Sebaceous Hyperplasia is a disorder of the sebaceous glands in which they become enlarged, producing yellow, shiny bumps on the face, mainly on the forehead, nose and cheeks, and sebarrhoeic facial skin. They are commonly associated with hair follicles but they can be found in hairless regions of the skin as well. Sebaceous hyperplasia generally affect middle-aged to elderly adults and are also a natural response to pregnancy hormones.

Pseudofolliculits Barbae (also known as barber's itch, razor bumps, and shave bumps) is a medical term for persistent irritation caused by shaving. PFB is most common on the male face, but it can also happen on other parts of the body where hair is shaved or plucked, especially areas where hair is curly and the skin is sensitive.

Brown/Sun/Liver Spots are blemishes on the skin associated with aging and exposure to ultraviolet light. They range in color from light brown to red or black and are located in areas most often exposed to the sun, particularly the hands, face, shoulders, arms and forehead, and the scalp if bald. Liver spots are very common in people over 40, particularly in those who spend time in sun. They have occasionally been known to obscure the detection of skin cancer.

Cherry Angiomas (also called Campbell de Morgan spots) are made up of clusters of tiny capillaries at the surface of the skin. They form a small round dome which may be flat topped and range in color from bright red to purple. The frequency of cherry angiomas tends to increase with age. While generally considered harmless, cherry angiomas can be up to a centimeter or more in diameter, and if they are damaged, can bleed profusely.

Xanthalasma (Cholesterol Deposits) about half of the people with Xanthalasma have high cholesterol and get these deposits around the eye. This condition can safely and successfully be removed with Thermo-Lo.

Before & After Thermo-Lo Treatment on Eyelid